This week we had our first-ever MasterChef competition right in our auditorium! The occasion was the 150th anniversary of the Little Sisters’ arrival in the USA. We used this activity as an opportunity to learn about the Little Sisters’ trust in Providence, our begging tradition, and just how challenging it would have been to bring home donated food each day and turn it into tasty meals for the Residents.

We had three teams made up of staff members, Residents and teenage volunteers. Other Residents served as tasters, and we even had an official panel of judges. The three teams had three hours to make a meal from the following carefully chosen ingredients:

A well-stocked pantry with other produce and a variety of herbs and spices and canned goods was also available. Since the activity took place in the auditorium there were no regular stoves or ovens, but each team was given a microwave oven, and a variety of appliances were available on a first-come, first-served basis. It was amazing to see how the teams used the various appliances with great ingenuity and creativity, for example using an electric griddle like a stove top and making a whole pot of soup in a microwave.

The Resident tasters and the judge’s panel took their role quite seriously, and after much deliberation a winning team was chosen based on their creativity in cooking a number of items, the most outstanding of which were strawberry-mango smoothies and a delicious summer salad!

Hope you enjoy these photos! 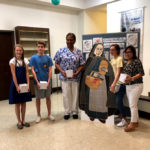 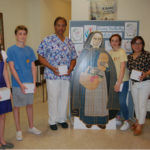 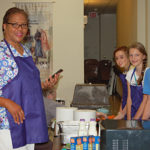 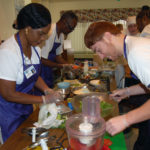 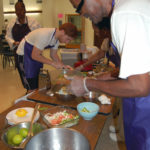 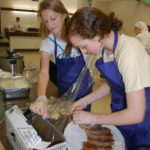 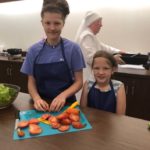 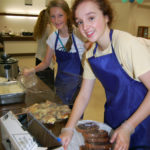 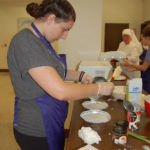 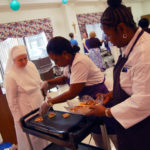 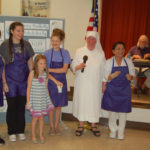 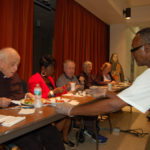 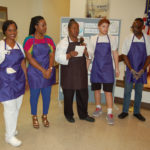 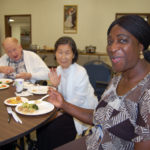 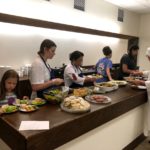 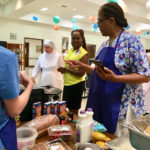 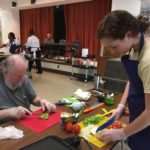 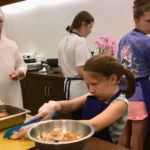 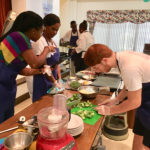 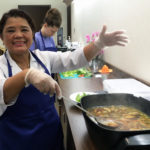 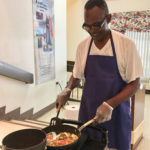 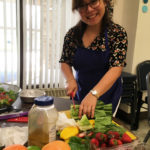 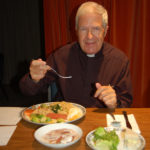 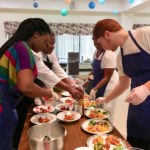 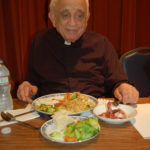 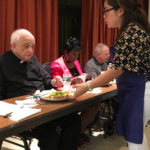 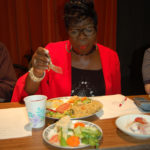 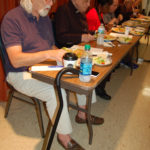 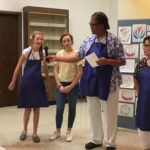 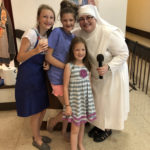